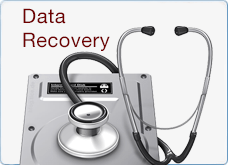 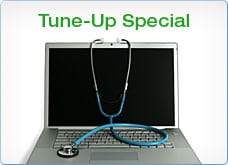 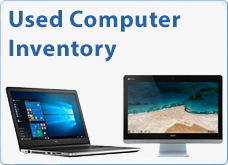 We are an Apple and Windows service provider in West Los Angeles. We specialize in Mac & PC software repair done, Server Solutions, Backup Solutions, Networking, Enterprise Storage (Quantum, Synology, Promise RAID), Apple Server Products (Xserve, Xserve RAID, Xsan, Final Cut Server) and pretty much anything IT-related. We pride ourselves on having an extensive set of certifications and friendly and knowledgeable staff. Thanks for stopping by CompuTech Support Services, Inc. We hope you’ll let us help you with any of your IT needs. Feel free to browse our site, give us a call or send us an email for more info. END_OF_DOCUMENT_TOKEN_TO_BE_REPLACED

Issues with your Mac's fan running on high, or random sleep issues?

Indicators that the SMC might need to be reset

These symptoms might mean that an SMC reset is necessary:

Are you getting random pop-ups or virus notifications on your Mac asking you to call an 800 number?

While Macs rarely get viruses, they can commonly get malware from accidental installation of software or internet plugins that cause search engines to change, annoying advertisements to pop-up as well as pop-ups claiming you have a virus and to call an 800 number to resolve. These are common malware symptoms that people and companies use to try and scam money out of you as they claim they are repairing when they don’t actually remove the malware. Contact us so we can help get your machine cleaned up and running smoothly.

How to take a screenshot on your Mac?

Taking screenshots are a great way to show people what you are seeing or how to do something. There are 3 different options for taking a screenshot on your Mac, all of which save the screenshot to your desktop with the file name Screen Shot followed by the date and time taken.

Solid State Drive versus Hard Drive: which one is better?

Hard drives have been around for many years as the primary method of storing users files. As time has gone on hard drives have got larger as users need to store larger files like photos and videos. Unfortunately, hard drives have now become the biggest bottleneck in most computers. Hard drives are mechanical and the platters inside can only rotate so fast while the head moves across reading and writing data to these platters.

Solid state drives have become extremely popular in today’s computers as they eliminate the mechanical part of a drive which improves the overall reliability as well as increases the performance significantly by storing the data on chips. The average hard drive can read and write data between 80-160 MB/sec while solid state drives can read and write data between 400-2500 MB/sec. Solid state drives huge performance increase makes the computer boot quick, application launch faster and overall data access much more responsive.

Remote Monitoring and Maintenance: is it worth it?

Remote monitoring and maintenance is a great service which some service providers offer. We offer this monthly service as it helps keep software up to date with the latest security patches to keep you as protected as possible as well as perform maintenance that helps keep your operating system running at optimal speed and prevent issues from building up leading to larger issues, data loss and lost time. Ask us about our monthly remote monitoring and maintenance packages.

“We have worked with CompuTech for more than 7 years and rely on their IT wisdom and fast response. They are always there for us when we need their help”

“CompuTech have been rock stars! Their team has been there for us over 6 years and no matter what we throw at them, they always deliver”

“We have been working with CompuTech for 6 plus years are happy they are here to look after our servers, workstations and network. They are quick to jump on and help out when called upon.”

“CompuTech is the BEST! Their staff are reliable, trustworthy, patient and knowledgeable, a pleasure to work with. I love having the option of having our personal technician come directly to our home or I can pop by their offices depending on my schedule”